NEW TO mySUPERIORTM?
Manage your account online or on our mobile app. Sign up for mySUPERIORTM today and experience the benefits:
Register Now!
Forgot password ?
Back
CONTACT US
Are you an
existing customer?
THANK YOU! We'll be in touch shortly. The form failed to submit!
OK

How Innovation is Making Auto Propane
Easier and More Convenient

Auto propane, or liquefied petroleum gas (LPG), has long been hailed as a clean, cost effective and eco-friendly fuel. If you’ve used auto propane in the past, you’ll want to take a second look: auto propane technology and vehicle components have come a long way. Thanks to developments in engine design, tanks and fuelling system technology, auto propane is now easier to use, more convenient and more powerful — making it a formidable rival to gasoline and diesel.

Whether you already use auto propane or are thinking about converting your vehicle or fleet, here’s a look at some important changes that have revolutionized this alternative fuel.

There are three basic types of propane engines, and a quick look at the three shows how significantly the technology has evolved in recent years.

The original carburetor system — known as a converter-mixer system, or venturi system — uses a converter to change the liquid fuel in the tank into vapour, which is fed to the mixer where it is combined with the intake air.

This system has been around since the 1940s, and while it’s still in use today, these early auto propane vehicles lacked fine metering and computerized controls. As a result, older converted vehicles could be fuel inefficient, unreliable or subject to backfires. Some failed emissions testing. As well, some owners complained about cold start issues, which is a seasonal concern in many parts of the country.

The newer fuel injection systems used today have the ability to monitor and optimize the entire fuel system and as a result are far superior. There are two types: vapour injection and liquid injection systems.

The vapour phase injection system uses a vaporizer to convert liquid propane into vapour propane gas. The vaporizer is connected to the engine’s radiator system and draws heat from the radiator fluid to convert liquid propane into vapour propane. The vapour propane exits the vaporizer at a regulated pressure and flows through the propane injectors and into the air intake manifold, continuously monitored by the electronic auto propane control unit. This allows much more accurate metering of fuel to the engine than is possible with a converter-mixer system, resulting in better economy and power, and lower emissions. This system provides a similar energy distribution to the pre-conversion gasoline engine on light duty vehicles. The benefit to the driver is that they can’t feel any difference between running propane or gasoline. That’s because the density of propane and the speed of the flow of vaporized propane into the injectors is faster than liquid gasoline and thus provides similar energy distribution.

The majority of today’s light- and medium-duty vehicles use vapour phase injection systems. Two of the companies that manufacture these kits for the propane industry are Prins and Landi Renzo. When used on medium-duty or larger engine vehicles, there can be challenges to effectively convert enough vapour propane to deliver an equivalent power to the engine. The industry has overcome this challenge by either adding additional vaporizers or using the liquid propane injection systems to handle larger engines.

The liquid phase injection system doesn’t use a vaporizer or require the radiator fluid lines. Instead, it delivers the liquid propane directly into the intake manifold, where it vaporizes and rapidly cools the surrounding air. This increases the density of the air–fuel mixture, resulting in greater engine power and fewer CO2 emissions. Liquid phase injection engines have the potential to achieve the best fuel economy and power, and the lowest emission levels of the three types of propane conversions.

There are currently more than 25,000 vehicles in North America that use the liquid propane injection. The majority are used for student transportation (school buses) and by courier companies including UPS.

Propane Tanks are Lighter and Smaller

Propane tanks are now available in many more sizes and shapes, providing a greater range of options for different vehicle types. Thanks to the variety of tanks available today, there is a propane tank that will fit any type of vehicle you wish to convert.

The newest tanks are toroidal (doughnut-shaped), designed to fit neatly into the spare tire well. In a pick-up truck like an F-150, for example, the toroidal tank fits neatly into that spot without taking up valuable truck bed space, and holds 95 litres of propane. Smaller tanks are also available for cars and minivans. The light weight of these tanks (around the same as the tire and rim they’re replacing) won’t hinder performance, and remote fill valves are installed so the tank is easily accessible for refuelling. 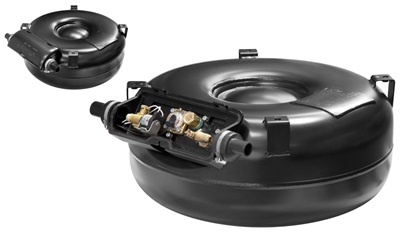 Bed mount tanks can be fit onto the back of most makes and model years of small- or full-size pick-up trucks. Although they take up about 12 inches of truck space, they can hold approximately 150 to 200 litres of fuel, which is a real benefit to a workhorse vehicle. A direct fill valve is installed on all these tanks.

Side mounted tanks are available for medium-sized trucks and are attached to the chassis of the truck’s outer frame. For example, Ford vehicles outfitted with the ROUSCH CleanTech or Prins fuel system have side mounted tanks. These models include the F-250 to F-750, the F-53 and F-59 with stripped chassis, and the E-350 and E-450. The large tanks on these models can hold between 132 and 242 litres, for distances of up to 611 km. A direct fill valve is installed for ease of refuelling a similar experience to filling a diesel or gasoline truck.

School buses have two long tanks in the centre of the chassis, with tank size options ranging from 75 to 150 litres (Type A – Short Bus) and 250 to 350 litres (Type C – Traditional School Bus).

All tanks are Transport Canada crash-tested and approved. Made of powder-coated steel, propane tanks are twenty times more puncture resistant than gas tanks, which are made of plastic.

Fuelling Has Become Efficient, Easier, and Even Safer

Developments in fuel systems mean that the entire experience of filling up with propane is now much more like filling a vehicle tank with gasoline — and just as simple.

A new European-style, Staubli nozzle is lighter and easier to connect, making refuelling easier and safer. Instead of screwing into the vehicle with a thread, a quick connector clamps into place, with no possibility of cross-threading the connection and significantly fewer emissions when disconnecting. As a result, protective clothing (such as gloves and goggles) is no longer needed. Vehicles can be retrofitted with a European-style connector to accommodate the Euro-style nozzle. This connector can be easily installed on a vehicle within minutes by a qualified technician. 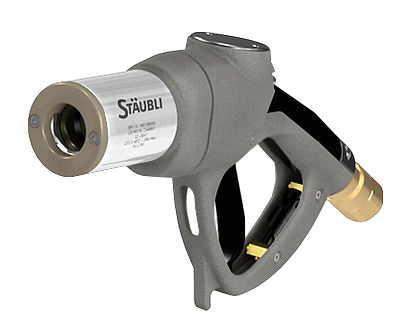 Another enhancement contributing to the ease of filling a modern auto propane vehicle is that the propane tanks have an overflow protection device (OPD) which prevents tanks from overfilling. Gone are the days of opening a spit valve (fixed liquid level gauge) with gloves to identify when a vehicle is at its maximum fill level. It’s now much easier for the operator, with no concern of overfilling and no releases of vapour or liquid during the filling process.

As a result of these advancements, refuelling an auto propane vehicle is now something any driver can do, which greatly reduces the training burden for fleet managers.

Auto Propane, a Solution Today and in the Future

Canada’s Clean Fuel Standard (CFS) classifies propane as a clean fuel — a low carbon, clean-burning energy source that emits virtually no air pollutants. Propane is safely transported and used across Canada every day. Using propane instead of other fuels helps to improve air quality, reduce greenhouse gas (GHG) emissions and protect the environment. As fuel prices rise and carbon taxes increase, auto propane provides an important solution. This is why approximately 50,000 vehicles are running on auto propane in Canada today, and those numbers are growing.

With the many benefits offered by auto propane, industry partners are continually innovating to improve the technology, finding new ways to make it even more convenient and easier to use. If you’re considering the switch to auto propane, there’s never been a better time to do so.

We can help you determine how switching to propane could help your bottom line.
Just reach out to us here 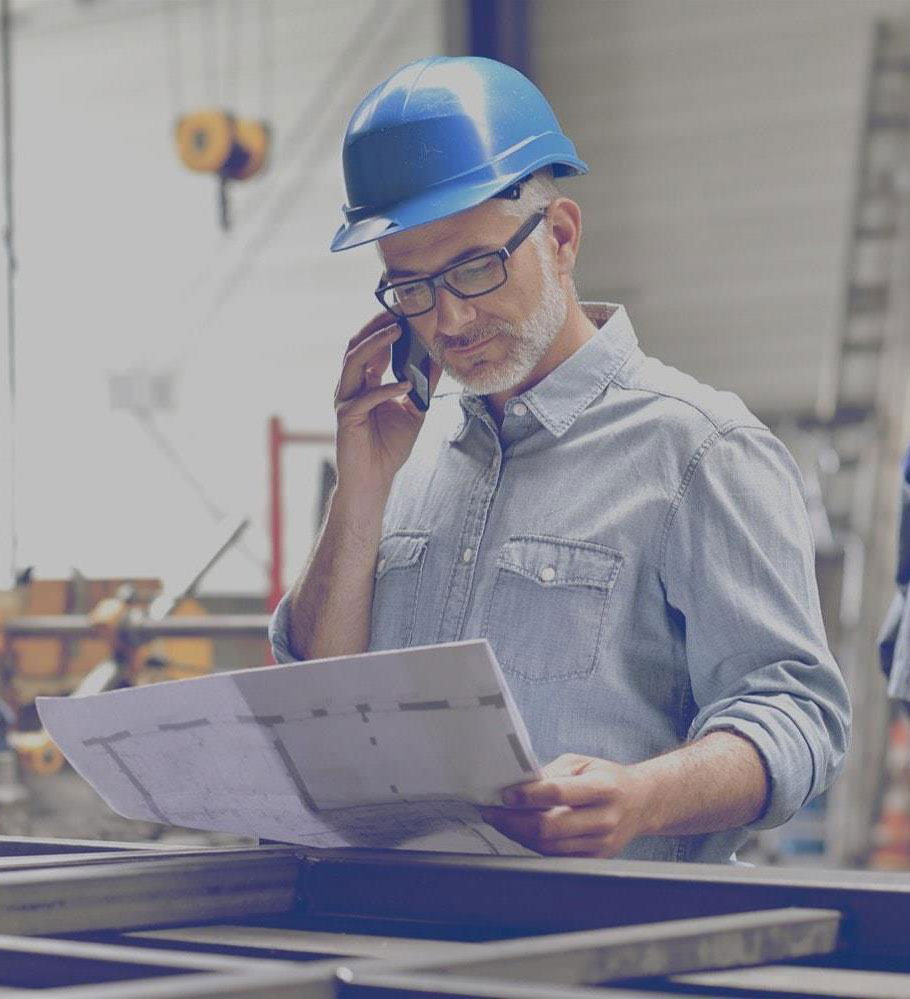 The form was submitted successfully!
OK

The form failed to submit!
OK
COMPLETE THE FORM AND A PROPANE EXPERT WILL CONTACT YOU SHORTLY TO DISCUSS YOUR ENERGY NEEDS.